Ivantis, Inc., developer of the novel Hydrus® Microstent, a micro-invasive glaucoma surgical (MIGS) device designed to lower eye pressure for open-angle glaucoma patients, announced today that the 3 Year Results from the HORIZON pivotal study.  The 2 year results, which were the foundation of FDA approval, were presented in November 2017, and were recently published in the leading journal Ophthalmology.  The 2 year effectiveness outcomes exceeded those reported in any other MIGS pivotal trial to date.  The product was approved in the US in August 2018.

The HORIZON 3 Year results will be presented by Thomas Samuelson, MD, President of the American Society of Cataract and Refractive Surgeons (ASCRS), at 1:58 pm on Sunday, May 5th, 2019 at the ASCRS Annual Meeting in San Diego.

Key findings at 3 years include:

According MIGS pioneering surgeon Iqbal (“Ike”) Ahmed, MD, assistant professor at the University of Toronto, and distinguished Binkhorst medal recipient and lecturer on the topic of MIGS, “With these HORIZON 3 year results, we have now confirmed for the first time what we have long suspected and hoped, which is that earlier intervention with a canal microscaffold can significantly and safely reduce the need to move on to much more severe surgeries.  Invasive procedures, such as trabeculectomy, are life changing events for our patients, and often have devastating complications and adverse quality of life ramifications.  The Hydrus has demonstrated that scaffolding and reconstructing an entire quadrant results in a unique benefit to our patients that is profound.  My hope and belief is that this data will take MIGS to the next level and usher in a new wave of interventional glaucoma.”

According to Dr. Samuelson, “Until now, the data narrative in MIGS has been around medication reduction and IOP lowering – both of which are important surrogate endpoints – but to date, nothing has demonstrated the ultimate goal, which is reduction of subsequent invasive surgery.  Ultimately, among my goals as a glaucoma specialist is to keep patients from losing vision, either from the disease itself, or from higher risk surgical procedures such as trabeculectomy or drainage devices.  Time to trabeculectomy should be a new metric to add to our quality of life measures for glaucoma patients.  With this data, we now see what the cumulative clinical benefit for the patient can be when you have used a Hydrus to both lower IOP and eliminate medications – there is a significant and proven ability to substantially reduce the likelihood of higher risk glaucoma surgery.” 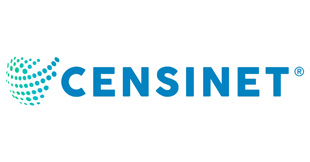